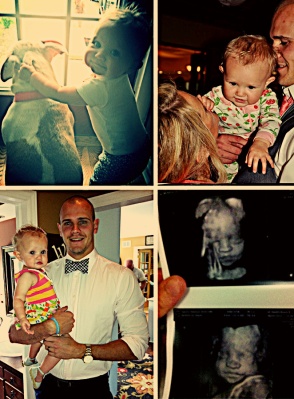 Thank you from the bottom of our hearts.

While we were in Mexico we worked in a squatters village during our last day there. This part of town in Monterrey was a place of extreme poverty. While we were serving with the church in the squatters community the pastor said something to us that I don’t think I’ll ever forget. It wasn’t anything super profound or insightful and at the time I thought it was simply just a nice way to say thank you. However, what he said stuck with MaKenzie and I and we have experienced the reality of what he spoke of on a deeper level over the last several weeks.

The pastor said this, through the broken English of a translator, “Thank you for coming to help us today. I feel like Moses when the Israelites were battling the Amalekites. As long as Moses kept his hands raised to the Lord, the Israelites were winning the battle. Moses’ arms grew tired and he could not keep his arms raised, so Aaron and Hur stood with Moses and helped him keep his arms lifted to The Lord. You guys coming to help is like Arron and Hur helping us keep our arms lifted to The Lord.” I thought I understood what he was saying but to be honest it sounded like a really spiritual way of saying “thank you” and I was impressed (and slightly confused). Over the last month or so I think The Lord has revealed to me what it was this pastor was speaking of and it has been a deeply humbling experience.

Ever since we received the news that our girls have TTTS we have seen an outpouring of love from family, friends, acquaintances, blog followers, and most surprisingly, people we don’t even know or have any connection to. From receiving emails, Facebook messages, phone calls, dinners and letters, one thing has been so clear to us… we weren’t the only ones on our knees for our girls. It was deeply humbling to have people thinking of us and praying for us on a daily basis. I don’t think I’ve ever experienced such an outpouring of support in my life. MaK and I would often talk in awe about how shocked we were that so many people felt called to pray for us, geesh. It seemed like every single day we were being encouraged by one person or another. I don’t know why but this deeply confused me. How could people care so much for our little girls and for us, even some who were complete strangers? I don’t have a great answer for this question but I do know that God used everyone of your cards, emails, gestures and calls to speak encouragement into our lives in a time where we desperately needed it.

I guess the real point of this blog post is that MaKenzie and I want to say thank you. Thank you so much, we truly do not have words to explain how much your kindness and prayers have meant. You were our Arron and Hur during this battle in our lives. You helped us keep our arms lifted to the Lord and we hope you also celebrate with us in the Lord’s victory. There were many times where our arms were tired but your encouragement and prayer helped us keep them up. We can not say thank you enough for the support. I know I’ve said it before but it was so humbling to hear over and over again how many of you took us to the Lord in prayer. Those prayers were priceless to us and appreciate them more than you will ever know. Thank you for joining in on this story God is writing in our lives. This was a great reminder to MaK and I of what the church is suppose to look like, many parts of the body, working together to encourage one another and glorify the Father.

All glory be to God.